VANCOUVER, BC - Showcase Pianos has the goal of reducing their inventory by 50% in the next 30 days!   Looking for a piano?   Prepare yourself for the deal of a lifetime when you visit Showcase Pianos!
Posted by m + j at 7:57 PM No comments: 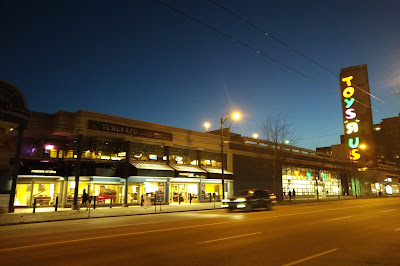 VANCOUVER, BC - Ten years after opening their original location on West Broadway, Showcase Pianos opens their biggest location yet!   After the success of their Music Academy in Aberdeen Centre, Showcase Pianos has expanded its education division into Vancouver.

Those that have been in the area for many years will remember the SONY store next to Toys R Us.   Showcase Pianos has taken over this location, and spent the last few months getting it ready.   The original Broadway store was 1,500 sq ft - but this new location is almost 3 times larger.


THIS NEW 4,300 SQ FT LOCATION ON BROADWAY IS THEIR LARGEST STORE TO DATE, AND INCLUDES A 100 SEAT PERFORMANCE HALL WITH A FAZIOLI CONCERT GRAND PIANO

There are two large group classrooms that combine into 1 performance area, and there are 4 soundproof teaching studios.  There are lessons for ALL ages, and not just piano!  The academy also has the top voice, violin, harp, and guitar teachers in the city. We pride ourselves in having top quality teachers as well as excellent administration staff.   More information can be found here:  http://showcaseacademy.com/

Showcase Pianos + Music Academy continues to operate very successfully in Richmond's beautiful Aberdeen Centre - the home of many unique shops not found anywhere else in the lower mainland, and some of the best food around. 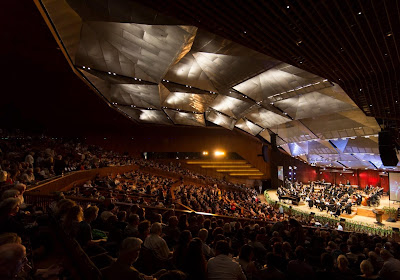 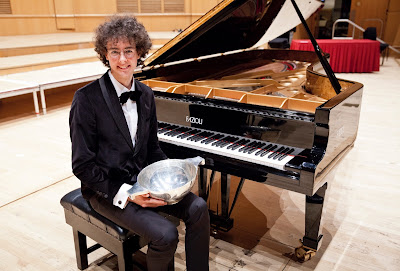 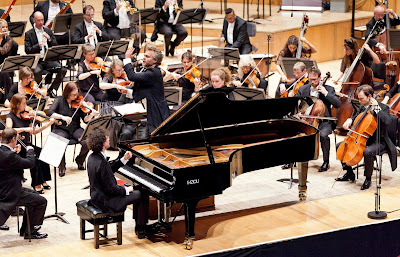 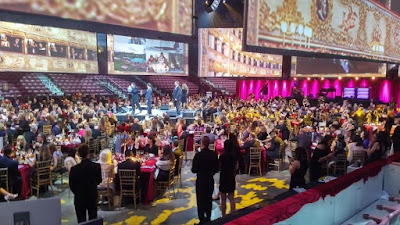 VANCOUVER, BC - On Saturday the 6th of May, 2017, the 'Reveal' Gala was created to make people feel like they had just stepped into Venice, Italy.

The gondola was brought over from the Italian cultural centre, with men singing in Italian beside it.  There was an Alfa Romeo on display, and a Fazioli piano was especially brought in for a performance by Max Zipursky together with the incredibly talented Rosemary Siemens on violin.

The evening was topped off by a surprise performance by 'The Tenors'. 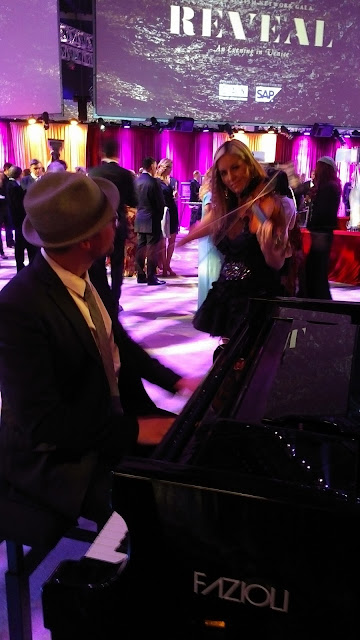 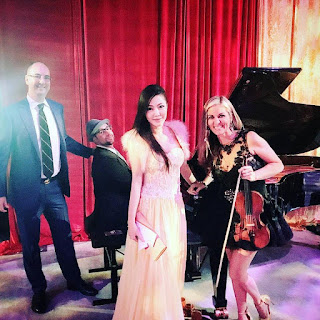 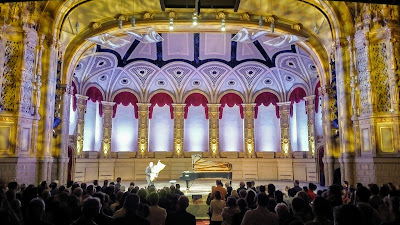 VANCOUVER, BC - On Tuesday the 9th of May, one of the greatest concert pianists in the world was invited by the Vancouver Symphony Orchestra to perform a solo recital at the Orpheum Theatre. 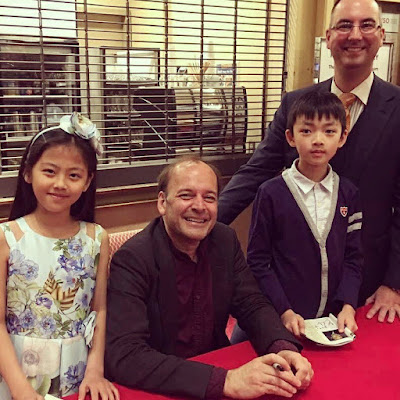 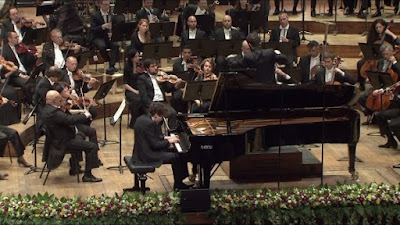 TEL AVIV - On Thursday the 11th of May, the first prize of the 2017 Rubinstein International Piano Competition was awarded to Szymon Nehring, and the second prize to Daniel Ciobanu.   Both had chosen the Fazioli piano for performance on all stages of the competition.

The final session of the 15th Arthur Runinstein Piano Competition in Tel Aviv, one of the world’s most important piano competitions, took place yesterday, the 11th of May.  An estimated 500,000 people followed the live streaming via YouTube, Facebook, Medici TV and the Israeli channels.  Rich in suspense, the 45-minutes long prize distribution ceremony started after an already considerable hour-long break, during which the jury was able to deliberate.  The competition, taking place every four years, had started on the 25th of April with 30 candidates.

Three were the rounds – qualifying, semi-finals and finals – the latter organised in three important subjects – chamber music, classical concerto and grand concerto. Three were also the pianos on stage, of different brands, among which the Italian concert grand, arrived in Tel Aviv directly from the factory in Sacile (60 Km far from Venice), where it had been expressly selected and prepared for this important event.

Six of the 10 that had chosen the Fazioli went through to the semifinals - Luka Okros, Yevgeny Yontov, Szymon Nehring, Eric Lu and Daniel Petrica Ciobanu, joined by the French Milstein. For the final round, half of the candidates remained in the field.

It was such an honour to see all three “Fazioli” finalists being awarded a number of prizes, among which the first two steps of the podium: the first prize was awarded to the 19-year-old Polish candidate Szymon Nehring, while the second prize went to the Rumanian Daniel Ciobanu.  The 28-year-old Yevgeny Yontov, placed sixth, has nonetheless being awarded the “Best Israeli Pianist” and “Best Performer of Chamber Music” Prizes.

The winner Szymon Nehring received many other acknowledgements from the jury: Best Performer of a Chopin Piece Prize, Advanced Studies Prize and the Junior Jury Prize.  Daniel Petrica Ciobanu, on the other hand, won the “Audience Favourite” Prize.

The satisfaction for the Italian grand and concert grand piano company was tremendous, as echoed by a statement made by Mr. Fazioli himself: “These moments are destined to remain memorable in in the history of the company and represent the highest acknowledgement to the continuous research process that Fazioli carries on in order to improve its product". 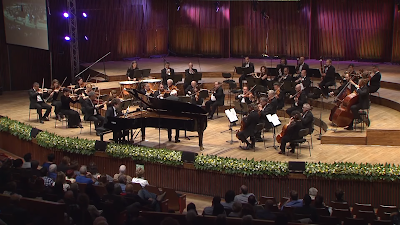 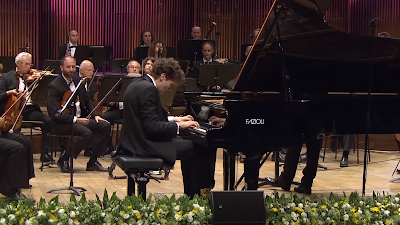 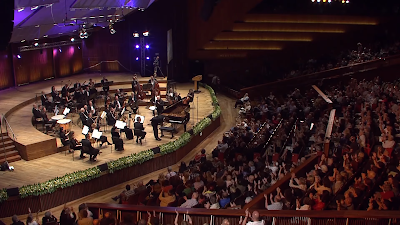 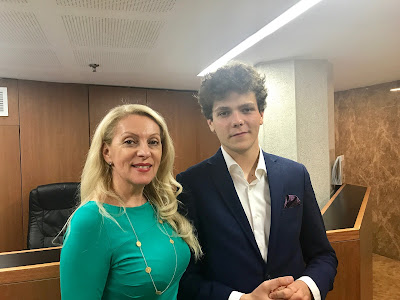 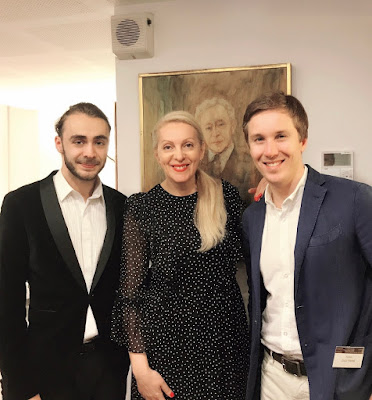